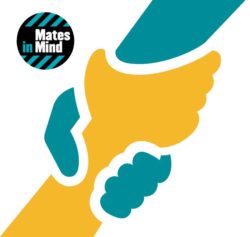 PRHA residents and staff across our schemes showed their support for World Suicide Prevention Day on 10th September by holding various activities designed to raise awareness and understanding of the issues and stigma around suicide and do so in a way that was positive without detracting from the serious nature of the subject.

At one of our schemes, a member of staff recounts how their activities really helped everyone who took part:-

“We had a successful day on the 10th, recognising World Suicide Prevention Day, where we hosted 2 activates which I believe were a great success.

Message tree– Residents participated in writing messages on cut-out paper leafs that were later put up on a tree in our lounge for all to see. We asked each resident to write something on a leaf they felt thankful for in life or something that gives them happiness. This was a great success and 90% of residents shared something that was special to them. The tree will remain in the lounge as it can be used in the future as a self-help tool.

Art therapy– Residents joined us for an art group where they painted/drew a picture of a scene in their life they gave them a positive emotion. This branched out from just drawing as some residents used this opportunity to write their feelings down as opposed to draw which had a positive effect on them and others in the session.

We later had an open discussion planed but residents felt during the previous activates they were able to express and share their thoughts and opinions in a more light-hearted way and that sometimes a group discussion can be intimidating when you are focusing on one person talking at a time. This was positive feedback as it showed residents were open to discussion and expressing themselves but in a different format than planned.

All in I feel the day was a great success and residents benefited from world suicide prevention day in their own individual way.”